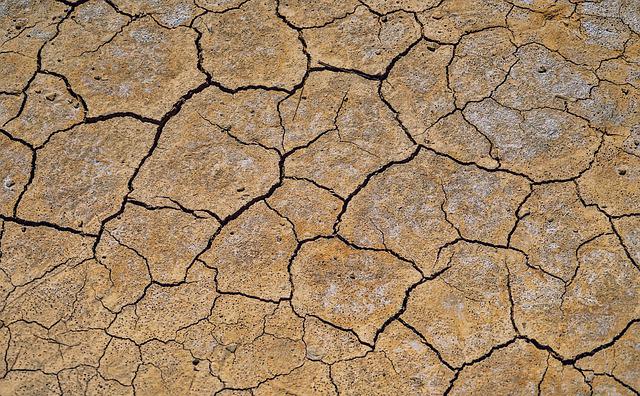 India is facing a water crisis in more ways than one but satellite-based intelligence can help policymakers to make better decisions.

India is facing a water crisis- in more ways than one

Water availability (or its lack thereof) can be like a double-edged sword. While too little water leads to drought, too much can cause floods. Both are detrimental to human lives and livelihoods. While the two cannot be any further from each other in their form, in the age of climate change, the coexistence of both is the new reality of our times.

In August this year, Karnataka’s Kodagu district, the origin of the Cauvery river, was battling with floods after having experienced drought just four months before. Pune, which had not seen floods in years, was hit twice by the disaster in 2019. First in early August and then in September with the latter being very destructive. This year saw the story being repeated in state after state in the country. Agriculture which employs 50% of the Indian workforce is particularly hit. Madhya Pradesh, which accounts for 50% of soybean sown in India, saw a 25% hit to the crops due to floods.

Apart from the weather, there are many factors that make the situation worse and have a multiplier effect. If we want to tackle such unprecedented challenges, we need to understand the problems more deeply.

Expansion of unplanned human encroachment in urban and hilly areas leads to constriction of natural passage and percolation of rainwater. This has contributed to the severity of floods in Chennai and Pune.

Satellite-based intelligence can help city planners and policymakers to make better decisions. A map of building footprints can be used by city planners to analyze the change in land use over time in the city and the success of different policies over time. The same information can be used by the forest department to analyze the impact of urbanization on forest areas and ecology.

Dams, which were built to control floods, have become triggers of disaster. A dam is dry by the end of summer. So, the dam managers start filling it up as soon as monsoon sets in so that it can be used for irrigation and generation of electricity, hence releasing very little water. When another round of intense rainfall comes later in the monsoon season, a situation arrives when water must be released suddenly in large quantities. This worsens the already bad situation. Dam managers need better tools to decide when to release water.

These can be used to understand the patterns of inflow of water and the extent of inundation for different scenarios of rainfall conditions. This, when combined with weather forecast information, becomes a tool in the hands of dam managers to regulate when and how a dam should be filled and emptied, to ensure that the dam is full to its capacity only towards the end of the monsoon season.

On agricultural land, the unrestricted flow of rainwater washes away the topsoil and makes the land unproductive for subsequent seasons. The farmers also miss out on the opportunity to store that water as groundwater to use for the rest of the year, making them vulnerable to drought-like conditions.

Fortunately, the methods that help in mitigating the risks of floods also help in becoming more resilient against droughts. If the flow of water is slowed at different levels by building small reservoirs/bunds on its path along the gravity gradient, it can percolate into underground water reservoirs. This prevents soil erosion and smaller floods and rejuvenates the land. DEMs can be used to identify sites where civil structures can be constructed such that they slow down the flow of water in a way that has the most impact.

Enabling farmers for water management practices If it rains after irrigating the fields, it not only costs dearly in terms of expensive irrigation but also leads to crop loss due to excess moisture in the soil. Satellites can be used to monitor soil moisture through crop moisture proxy in the fields. This information can be combined with the weather forecast to decide if it is wise to irrigate the fields at a certain time. SatSure is working with Government bodies to help adopt climate-resilient methods in agriculture.

Water accessibility. Across the globe, populations face the challenge of growing water scarcity. This includes “physical scarcity,” which means there is an inadequate volume of water to meet people’s needs, and “economic scarcity,” which results from a lack of investment and proper management of infrastructure. There is a huge potential to improve the accessibility and productivity of the available water resources. SatSure is working with government bodies to improve access to water resources and develop newer means of livelihood for the rural population, hence improving the productivity of water.

“We are facing enormous challenges with the effect of climate change slowly revealing itself. We must use every tool available to us to make our efforts as effective as possible to control, mitigate and prevent long term damage.”

[Written by Bharat Aggarwal, VP-Products, SatSure. The story was first published on our Medium.]

Finding the Right Fit The growing competition and the advancement of technology has led farm machinery companies globally to innovate on technology and business models. One such business model idea is farm equipment-asmore

The Indian seed industry has grown and  evolved over time. Earlier, seeds were saved from previous crops to be used for upcoming seasons. Today, hybrid seeds are being widely adopted due to increasing food demandmore

Role of Open Data in the Geospatial World

Written by Arjun Gangadharan, Team Lead- Geospatial Operations at SatSure Why do I need to contribute to open data? Well, the valid question is, why should I share my data with everyone, which I created with my moneymore